When we are young, we think we’ll stay healthy forever (and ideally even at 50 we should think we are!) But, sadly, that’s not the case; in 38 year family practice, I have seen many forced to retire, and that too, when they could least afford it.

A credible global survey revealed (and India can’t be far behind what with joint family system (& support) becoming a thing of past!

Of those who reported financial impact

Close to 70% of retirees in a poll conducted for life insurance major in Canada, said they did not stop working on the planned-for date and had to work longer as their savings had suffered a setback due to a un-anticipated health event. 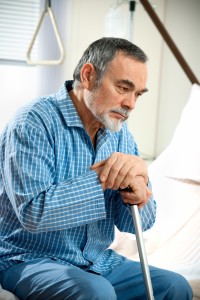 Acute infections and temporary disability due to them, accounts only for 2-3% above mentioned events. Most are due to complications of chronic, lifestyle related ailments that have taken over a decade to develop.

…and why were they not noticed?

Because all chronic ailments are silent killers. Most of us today have sedentary jobs and a sedentary job can contribute to many long-term illnesses like obesity, high blood pressure, diabetes and heart disease, thus increasing our risk of encountering such a sinister health event.

Common ailments that can force you to retire early:

Not only for you to adopt healthy lifestyles; I have done it ‘n’ number of times. This time it is to advise on right Insurance cover that you must have:

Any one wishes for FREE advice on what kind of Rider cover should he/ she have?
Drop in a mail to drchasrani@cmhs.in with details of age, gender, whether gainfully productive or not and current life insurance and health insurance cover.