Acupuncture is a form of complementary / alternative medicine; it is a key component of traditional Chinese medicine. As per Chinese philosophy our body is governed by a constantly flowing energy called ‘Qi’. This Qi has two components Yin & Yang (like male and female partner of a family).

Yin and yang are actually complementary (and not opposing forces) that interact to form a dynamic system. Everything has both yin and yang aspects. Either of the two major aspects may manifest more strongly in a particular object, depending on the criterion of the observation.It postulates when the flow of energy is harmonious; there is no disease (like both partners in a family living harmoniously – peace all around). As soon as there is disharmony, some or the other disease ensues. 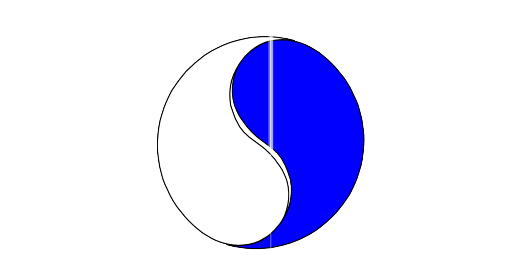 Acupuncture therapy is manipulation of this life energy ‘Qi’. Hundreds of Acupuncture points have been identified where the ‘Qi’ comes near the surface. Several hundred acupuncture points are considered as located along imaginary paths, called meridians. There are twelve meridians, which are bilateral and 2 midline meridians – one in front and one behind). There are also numerous “extra points” not associated with a particular meridian.The points are then managed (stimulated or sedated) by means of special Acupuncture needles. This stimulation helps restore the balance of life energy ‘Qi’ and it’s flow to the organs so that the organs as well as other bodily systems work together in harmony. With this the body to repair itself and maintain its own health. 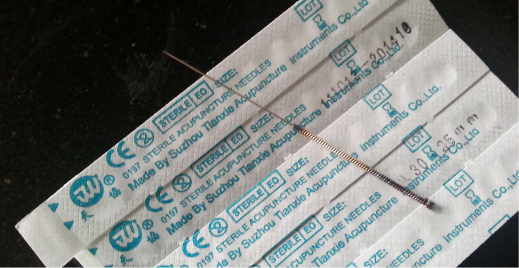 Acupuncture needles are made of stainless steel, making them flexible and preventing them from rusting or breaking. They are disposable (one-time use) to prevent contamination. Needles vary in length between 13 to 130 millimeters (0.51 to 5.12 in), with shorter needles used near the face and eyes and longer ones in more muscular areas i.e. hips; needle diameters vary from 0.16 mm (0.006 in) to 0.46 mm (0.018 in) with thicker needles used for scalp acupuncture.

How does Acupuncture work?

There are two main theories

-Gate control theory – this asserts that any stimulus, such as acupuncture, closes certain nerve gates by strategically overloading them with impulses and thus reducing pain signal transmission. This is achieved only when the needling is pain free.

Where is Acupuncture useful?

A trained acupuncteur (one who practices acupuncture) can also use ear acupuncture (if you see properly the ear lobe represents the inverted fetus) and use press needles (in the ear) for long term stimulation – commonest being hunger suppression.

An acupuncteur may stimulate the acupuncture point manually or use electrical stimulation.

It is advisable to take Acupuncture from a doctor who possesses M.B.B.S at least so that the underlying disease is understood.

Acupressure and acupuncture are two different sciences; please do not think that finger pressure on the same point can give effect of needle insertion.

Dr Chander Asrani obtained his preliminary training in Acupuncture in Colombo in 1982 and his MD (Medicina Alternativa) in 1983 at Stockholm. He is very selective in treating with Acupuncture after initial evaluation with modern medicine guidelines (He is DNB in Family Medicine & MBBS to begin with)